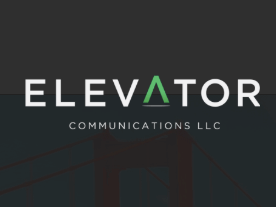 You are reading about: "Zilliqa announced blockchain grants for technology developers"

SINGAPORE - Zilliqa is a blockchain technology platform aiming to create a high-throughput platform leveraging the technology of sharding. The token associated with the platform is listed on a multitude of cryptocurrency trading platforms, despite being relatively new. Most of the daily trading volume happens on South Korean markets (Bithumb, Upbit) and on Binance.

On 19th June 2018, the Zilliqa team has announced details of their 5 MM USD grant program for teams and individual developers.

The blockchain grant is meant to accelerate the development of apps on the open-source platform. Namely, it is to support building of utilities to power high-speed and secure blockchain applications to be used in payments, finance, gaming, digital advertising, media, and more.

Zilliqa is one of the leading companies solving the issue of blockchain scalability, the main vision behind the project is building a better blockchain infrastructure that is scalable and secure.

The company launched in 2017. Zilliqa raised 1 MM USD in an initial coin offering in November 2017 and undisclosed amounts in private investments later that year.

The platform runs on its own blockchain which is the first blockchain that uses the technology of sharding to enable increasing throughput as the network expands. To address the security issues of smart contracts, the company is introducing a new smart contract language called Scilla. This new language eliminates some of the known vulnerabilities of smart contracts directly at the code level by imposing a novel structure on the contract code.

Among the contract security issues addressed are funds leaking, unexpected changes to critical state variables or having the contract killed by a third party. Here is a video demonstration of a Kickstarter-esque contract in Scilla and technical walkthrough on the Zilliqa blog.

Grant Application Is Open To Anybody

“We have built a very strong community of technical people around Zilliqa,” said En Hui Ong, Head of Business Development with Zilliqa. “We would like to encourage our community and anyone else who is interested in our vision to contribute to our platform - which is open source and open for anyone to use for developing secure, high-throughput smart contract applications.”

The funding provided by Zilliqa will be non-dilutive, technical support will be provided as well.

The developers will also benefit from increased visibility, being highlighted in the Zilliqa community and featured on the website.

The company provides a list of suggested projects and Dapps they are looking for, but developers are also free to suggest unlisted projects that will ultimately bring value to the Zilliqa open source community.

Full announcement on the Zilliqa blog.