You are reading about: "Orbis Token $OBT" 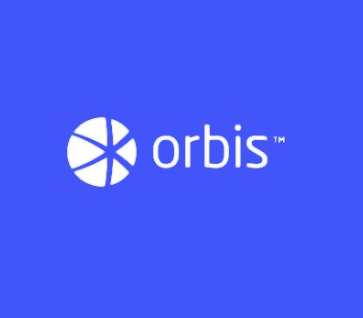 On Friday Jun 22, 2018 the team announced Orbis token is getting listed on Bitpaction, a new Asian cryptocurrency exchange focusing on ETH and NEO assets - Link to OBTBTC market For now the OBT markets are utterly dead but it is an interesting idea worth some acknowledgement.

Infographic: The Good And The Bad Of ICOs from October 21

The Stability of Stablecoins (Comparison) from June 30

Orbis Token $OBT: About the Platform

Orbis is running on the NEO blockchain. The pivotal idea of Orbis is the mesh network.

The project is quite business focused as the Bluetooth mesh can host apps for uses in IoT, crowd-gathered data, digital infrastructure, logistics or systems management.

There is meant to be an advantage for the consumer as well, the Orbis Bluetooth apps can be more efficient than apps that run on WiFi. However, this idea relies heavily on network effect.

Orbis Token $OBT was distributed via social media airdrop between 28 February and 31 March 2018.

The OBT token has a utility within the Orbis platform, you can read more about it here on Medium.com.

Orbis successfully completed a crowdsale in March 2018 but the OrbisMesh beta release is forst planned for September 2018.

The team airdropped 1 MM Orbis Tokens (OBT) between 28 February and 31 March 2018 for social engagement and now has some 7K Twitter followers @orbismesh with pretty much nothing going on since the end of the airdrop campaign:

The Business Behind Orbis Token $OBT

The company behind the Orbis Mesh project and orbismesh.com is Orbis Communications LLC, located in Vancouver, BC, Canada. The company has a page on LinkedIn: linkedin.com/company/orbis-project

On Friday Jun 22, 2018 the team announced Orbis token is getting listed on Bitpaction, a new Asian cryptocurrency exchange focusing on ETH and NEO assets - Link to OBTBTC market

For now the OBT markets are utterly dead but it is an interesting idea worth some acknowledgement.