SEC: Cryptocurrencies such as Bitcoin and Ethereum are not securities; market rebounds

You are reading about: "SEC: Cryptocurrencies such as Bitcoin and Ethereum are not securities; market rebounds"

Republished from
news.altcointrading.net
with permission

Bitcoin has been making gains over the past several hours, rebounding from the 6350 USD mark to a daily high over 6700 USD.

The leap off the bottom happened just after the news report published via the CNBC.

The #cryptomarkets like to see the SEC news! #crypto $ETH pic.twitter.com/9OgieEeTTe 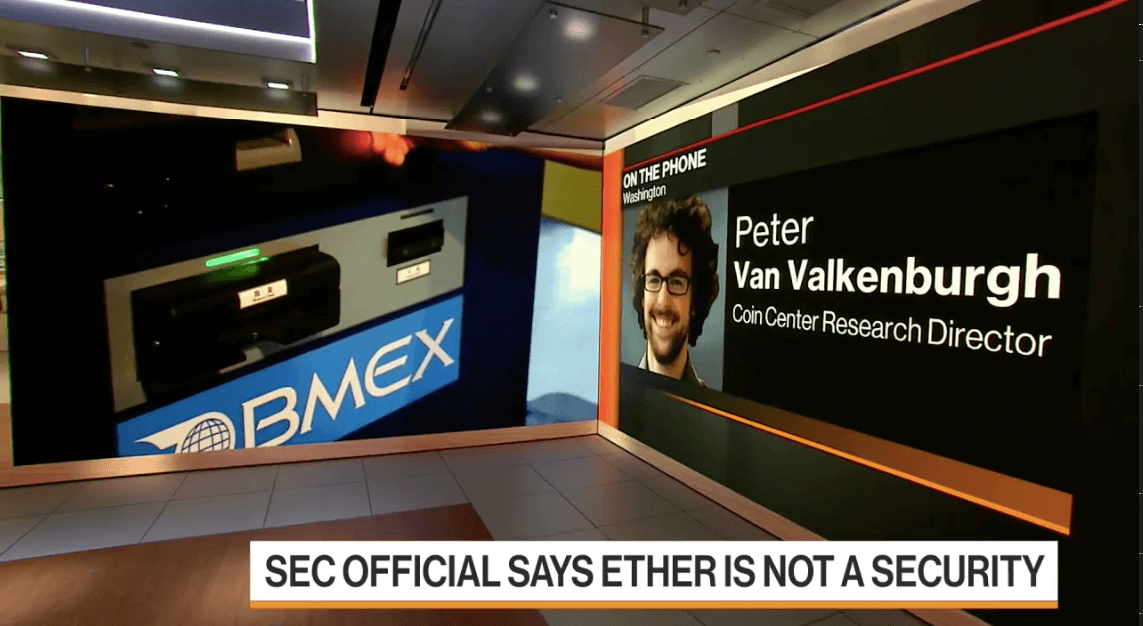 Below quick debrief on some other topics that emerged as the rebound started happening:

Is EOS a security?

EOS is a cryptocurrency popular mainly in Asia that has earned a substantial amount of money through and only recently launched its own blockchain.

Blockchain enthusiasts seem to agree that as EOS is already done with its crowd fund it should not be a security, just as Ethereum is now officially not a security.

Will all cryptocurrencies be judged individually?

As Peter Van Valkenburgh of Coin Center explained live on Bloomberg TV on June 14 2018, in most cases it will be possible to go by analogy.

This should also prove valid for the question of EOS above, just saying “it is meant to be treated like ETH” is not good enough though.

Calling a cryptocurrency a ‘utility token’ does not mean it cannot be a security.

What is important for the SEC is the actual usage rather than the label assigned to it in the whitepaper. What is judged here is how decentralized the network is, whether there is investor assymetry to be addressed, how is the token being used on the platform.

This is not a new thing either, SEC merely confirmed the common sense that the community already assumed.

The crypto trading community is indeed coming back to the good humor it is known for: