Shopiblock airdropped in April 2018, the project is officially dead, leaving thousands of followers on the social channels.

The Stability of Stablecoins (Comparison) from June 30

Shopiblock was an ambitiously sounding project aiming at tokenizing the e-commerce. The native tokens were meant to be issued in-store, as branded cryptocurrencies (“Merchant Tokens”) for their customers to use as discount coupons, loyalty points or gift cards. As these branded tokens were designed to be part of a network, users were meant to be able to use one merchant’s loyalty point in any other store within Shopiblock.

The project owners announced first on Twitter in May the ICO is stopped for core team issues, citing a full announcement on the homepage. The website at shopiblock.io has since been taken down.

We decided to stop our ICO due to financial, legal and core team related issues. Thank you for your support and trust in our project.
You can read the full statement on our website: https://t.co/MGhB2JfGUl

Anthony Lange, the CTO, commented on Telegram the project is stopped completely as the issues they ran into could not be salvaged. 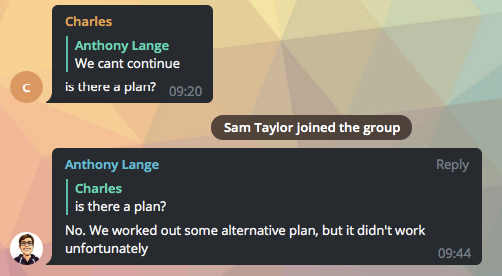 The project was killed couple of days after the ICO pre-sale started. A user that was trying to get hold of Anthony Lange on the official Shopiblock Telegram channel claims his investment was not sent back. 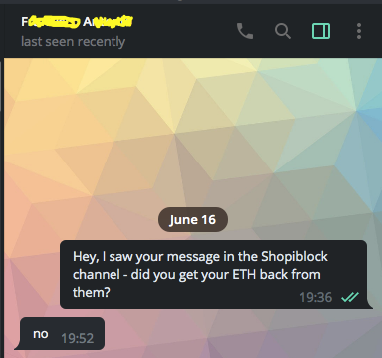 From this Shopiblock ICO address the team sent both ETH and token payments for their bounty program: 0x09a3cefe9d9418e46b4a8091a20ab82287968dcf. Currently it only holds a couple of TRX. It doesn’t seem to have received much attention.

The company behind the project Shopiblock GmbH was meant to be incorporated in Switzerland. LinkedIn profiles the former Shopiblock team:

The twitter profile is still live @shopiblock, just as the Telegram group https://t.me/shopiblock2018 with 30K people in it, wild guess is it will most likely get rebranded and reused in the future.

Documents archived for this token:

JMT under the Twitter handle @tradingfanbois has been deep in bitcoin markets since late 2014. It is the person who takes care of the office of AltcoinTrading.NET. Also answering your Quora questions regarding Bitcoin, cryptocurrencies and technical analysis.