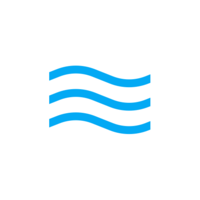 Hijro is a global trade network that connects platforms to streamline trade finance processes with the help of distributed ledger technology.

You are reading about: "Hijro"

Hijro is a global trade network that connects platforms to streamline trade finance processes with the help of distributed ledger technology.

Hijro, before 2016 known as Fluent, was designed to streamline settlements, reduce fraud risk and break down data silos in the $4 trillion open-account finance market.

The Hijro Network aims to be the global “waterway” for trade, providing a more efficient way to move value around the world thanks to blockchain technology.

The Business Intelligence for Hijro

Hijro is based in Lexington, Kentucky, USA as Hijro Inc.

The marketplace uses DLT for automation, tracking and settlement of trade assets. They use a ledger called Hijro Global Trade Asset Registry (GTAR) and have a streamlined integration of trade credit insurance from Euler Hermes.

However, participating businesses can use any ledger that hosts digital versions of their trade assets because Hijro provides a middleware layer called F.I.X. that can facilitate communication between multiple different ledgers.

Hijro raised total of $2.5M in funding (Draper Associates, Fenbushi Capital, Digital Currency Group) and gained several notable partnerships, such as the 2017 one with SAP Ariba.