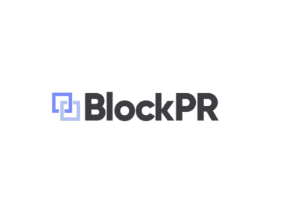 You are reading about: "Blockchain KYC Platform traceto.io Partners with Yincubator"

The blockchain KYC platform traceto.io has announced new partnership with Yincubator. This is a strategic partnership to gain access to key ASEAN and Asia Pacific markets and further consolidate traceto.io’s position as an industry leader for RegTech globally.

The KYC/AML platform traceto.io has secured a partnership with Yincubator, a leading fund and blockchain incubator based in China that invests in and nurtures high growth opportunities across the US, Europe and ASEAN regions. Yincubator’s services include cross-border mergers and acquisition, global market entry and early stage projects across a broad range of industries providing a one stop service for regional companies with global ambitions.

About traceto.io: Decentralized KYC platform on the Ethereum blockchain for reusable management of personal data. Users store their identity information in an encrypted, multisig-based way and get privately verified through the combination of AI technology and a community of carefully selected humans who work as verifiers. Blockchain businesses such as ICOs or crypto trading platforms can request information about identity verification of their customers.

Source - “Traceto.Io CEO - We Expect The Nexus Between KYC And Credit Risk In The Blockchain Industry” Interview by @altcointrading_

About Yincubator: Yincubator is a boutique independent investment firm based in Singapore dedicated to find and cultivate high-growth opportunities in ASEAN for the next billion connected consumers. Services include cross-border mergers and acquisitions, global market entry, and early stage investments. The asset sector focus of Yincubator is among others on advanced manufacturing, fintech and biotech.

Source - Data File for Yincubator, profiles on Crunchbase and LinkedIn.

“By working closely with traceto.io to leverage their industry expertise and innovative compliance technology, the projects we work with can now focus on what they do best instead of worrying about KYC issues.” said Cynthia Ding, Managing Partner of Yincubator.

Through this new partnership, traceto.io will benefit from increased exposure to the ASEAN and Asia Pacific market starting with access to Yincubator’s portfolio of projects as clients. This will further strengthen traceto.io’s position as an industry leader and disrupter for Regtech in the Asia Pacific region.

“We are excited to partner with Yincubator to gain greater access and exposure to key regional Asian markets through their highly regarded network. This will further consolidate our rapidly growing network across numerous jurisdictions in Asia Pacific and beyond.” said Chye Kit Chionh, Co-Founder and CEO of traceto.io.